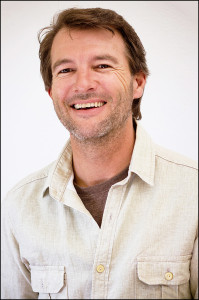 This talk focused on the design of our city spaces, and how space gives out meaning.

At present, western design and modern development have seized control over cities.

Cities and their design, are focused on the most privileged within society, and design is limited to western knowledge and architecture, even if this may not be the best for the people of Africa.

Colonialism divided up city spaces according to race and the privilege associated with race.

People from Africa who move into western spaces become super-imposed onto western backgrounds.

The city as it stands is not sustainable.

We need to create new conversations around space, focusing on adding new voices and new designs into our current repertoire.

Looking at the city as it exists at present is limiting, and the repetition of 400 years of standard design has lead us to believe that only western options exist…looking at new possibilities and marginalised designs is important.

What does private space mean in our community, and how is it used to divide people?

If we only focus on what belongs to us and protecting this instead of creating a sense of community, where does that leave us as social beings?

Hierarchies of knowledge mean that many people don’t know what makes space feel safe, or how to create community spaces rather than isolated living.

Choices of design are not open to anybody but the architect or city planner, and often communities are not aware of options.

Creating space around people in our communities who are vulnerable, disabled, children, means that all people can enjoy space to a greater extent.

What is the role of fractured knowledge?

If architects do not learn social knowledge, then space is sometimes not designed around people, but around the city as it already exists.

For example, city spaces which are arranged for drivers of cars mean that people who do not drive are isolated from a great many public spaces.

Who gets to enjoy this space, and who remains isolated because of the discourses and rules which connect to space?

Parks which charge for access, lack of adequate water facilities in public parks, taking away of public spaces for development, all prevent all people from enjoying the city.

The sense of imprisonment and isolation (subtle Gulag) which comes with being separated off from natural or public spaces and hidden behind high walls or marginalized from space because of current city design,

for both the middle class and the city’s poor.

The role of development and developers in dictating, through the power of capital, what should be made available, almost in mafia style…and the need for public protest or reaction in order to create change.

The power of environment over people…small spaces and cramped living conditions and their relationship to crime and violence, and the need to recognise environmental influence in social concerns such as crime, rather than blaming these conditions on groups of people. These circumstances need to be protested and changed if we are to create transformation within our society.

What are our responsibilities, as citizens, to ensure that we have the option to plan and design our cities around our own needs and the natural and free environment, rather than spaces which become controlled and developed for us,

monitored and isolated off from social communities.

Quentin argues that it is only through increasing our awareness of the rules and circumstances which dominate our spaces are we able to bring about transformation.

He argues the need to ‘go viral’ or raise consciousness around the circumstances which exist at present in order to create future equality and better living for all people.

Thank you to those who attended this interesting talk, and for the feedback received.